With a spate of violence that rocks the inner city, L.A.P.D. and ex-Marine John Kross investigates its cause: a new drug called Chaos. With help from his partner Carpenter, they delve into the mystery, only to discover a link between the drug and a terrifying supernatural power unleashed during the gulf war, witnessed by Kross twelve years ago. Now, Kross must race against time to stop the destruction, battle his own demons and come to grips with his destiny as he discovers that his reality has been mapped by a power much greater than himself. 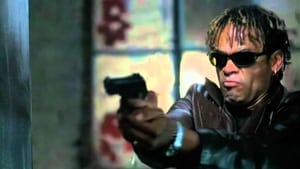